I was really excited for this book…..at the beginning. Now? Not so much. The author has some skill and for the right reader this is probably amazing. I am not the right reader. 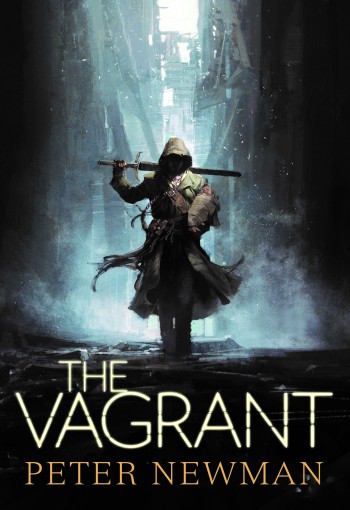 Title: The Vagrant
Series: The Vagrant Trilogy; Book 1
Author: Peter Newman
Genre: Fantasy
Audience: Adult
ROTS Setting: UU, Demons/Monsters, Advanced Tech
Synopsis: The Vagrant is his name. He has no other. Years have passed since humanity’s destruction emerged from the Breach. Friendless and alone he walks across a desolate, war-torn landscape. As each day passes the world tumbles further into depravity, bent and twisted by the new order, corrupted by the Usurper, the enemy, and his infernal horde. His purpose is to reach the Shining City, last bastion of the human race, and deliver the only weapon that may make a difference in the ongoing war. What little hope remains is dying. Abandoned by its leader, The Seven, and its heroes, The Seraph Knights, the last defences of a once great civilisation are crumbling into dust. But the Shining City is far away and the world is a very dangerous place.
Recommendation: Definitely for Adults. This may not be for everyone. Recommended but not highly.

I both loved this book and hated this book. Some might call this “Grim Dark” or a “High Fantasy Dystopian” or even Post-Apocalyptic. My label would probably be “Literary Fantasy.” My issues are mostly with the style and less about the content.

For example, the world is brilliantly crafted and startlingly vivid. Descriptions are curt, frequent, and elaborate. Mr. Newman wields his pen to world build to an extreme. It’s a 4D IMAX instead of actually being there and see/feeling it for yourself. Both are completely valid but appeal to different people. I like to be immersed in the world and not in a flowery description of one. The plethora of words creates a fascinating world, but I never felt like I was there.

Written primarily in 3rd person omniscient, I would describe it as 3rd person cinematic/theatrical with a couple of 3rd person limited. The reason I would is because we don’t really end up in characters heads at all through the main story, and everything is described from an external perspective. For me this created a disconnect that was difficult to overcome. And having a character who can’t speak already made it difficult to connect with.

For the right person, this is probably a masterpiece. For me, it was difficult to read, I barely connected with the characters, I got bored frequently, the novelty wore off a third of the way in, I never felt like I was in the world, and I’m left with little to no desire to read the next one.

For those interested there are two short stories set in this universe, one of which came out yesterday. Also the second book comes out Mar.7.2017 and the third has a tentative date for Oct.3.2017.

3 thoughts on “The Vagrant Trilogy – Book 1: The Vagrant – By Peter Newman”