Thanksgiving is coming up quick. This year we’re home and going to try and create some of our own traditions. Ya, we’re slacking on that part because it’s never been a big part of our lives. Really it’s about the memories, so we’re going to make an effort this year. 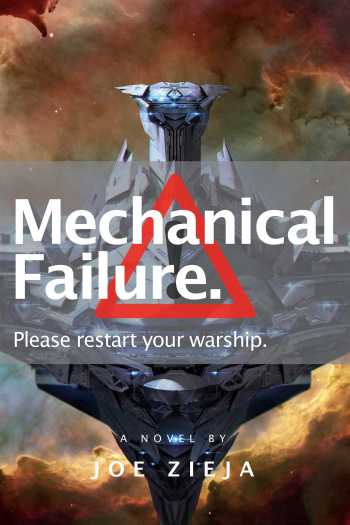 Title: Mechanical Failure
Series: Epic Failure; Book 1
Author: Joe Zieja
Genre: Science Fiction
Audience: Adult
ROTS Setting: CU, Distant Future, FTL, Comedy
Synopsis: Rogers enjoyed his time in the military, during the Two Hundred Year (And Counting) Peace. But when an illicit deal goes south he’s faced with going to a penal colony or reenlistment. He picks the latter assuming nothing had changed in the three years since his departure. He was wrong. Very, very wrong.
Recommendation: Adult. Please note this is a comedy. Seriously, you can’t take it seriously.

I picked up the Kindle Edition of this book on sale for a couple of bucks. For that price I’m completely satisfied. At the time of writing this the price is over five times what I paid and higher than I would ever pay for a digital copy of any book.

This is the third time I’m mentioning this, but it really is a space comedy. It’s really the main reason I like it. There’s slapstick to dry wit so it doesn’t get dull by the end of the book. For me, it’s a refreshing change from the often deep/dark science fiction I normally read.

Roger’s is a perfect blend of ignorant alcoholic and sly overachiever…..you know, leadership material. His ignorance keeps him real and his abilities to get out of hilariously contradictory situations keeps him alive. There is some depth to his character, but it only shows during some brief instances.

The storyline is simply convoluted, yet interesting. There is actual nuance and story telling going on. Most attempted comedies lack that, so it ranks among the best. What’s more, this is a trilogy. Ya, so we’ll see if this can hold out over multiple books.

I highly recommend this books if you could use a break from your usually genres. More importantly, keep an eye on this new author. He’s got potential.