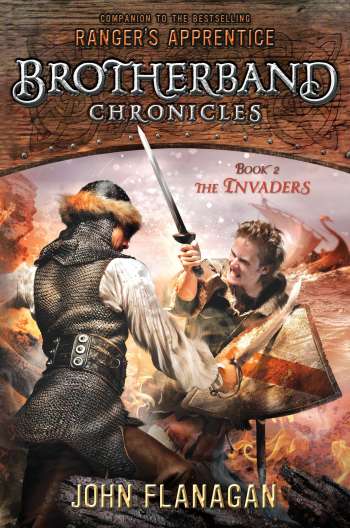 So I was giving this series another chance. I had hoped that the momentum of the first would have corrected most of the issues I had with it…..but it didn’t. All too soon it became apparent that we were picking up right where it was left and I just can’t be bothered to deal with it.

Once again the reader is told what happened, what’s happening, what people think, and what people feel. Almost all tell and no show. I suppose there was a fair amount of that in Ranger’s Apprentice but it was for 3 or 4 characters, at most. Not the 8-10 we have in this series. As a result the characters are very flat and are only a collection of odd traits.

Hal, the main character, is supposed to be a great leader……except that he’s not so that the he has somewhere to grow. His character is contradicted and undermined constantly.

As for the plot, at least in the very beginning, it was just plain bad. It felt like starting the first book all over again but without the interesting bits. We’ve got a big goal but no immediate ones so there’s no drive to keep reading in the short term.

This was the second chance, which it failed, so I’m not going to try this series again.

5 thoughts on “DNF – The Invaders by John Flanagan”