The Expanse is one of my all time favorite series. Hands down. I’m super excited for more books or novellas or another season on tv. Basically anything I can get my hands on. Speaking of which, a new novella, Strange Dogs, should be out tomorrow, Jul.18.2017. 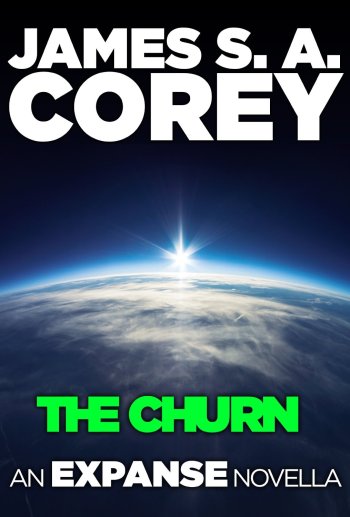 Title: The Churn
Series: The Expanse; Novella
Author: James S. A. Corey (Pen Name)
Genre: Science Fiction
Audience: Adult
ROTS Setting: CU (Current Universe), Futuristic, No FTL Tech
Synopsis: Before his trip to the stars, before the Rocinante, Amos Burton was confined to a Baltimore where crime paid you or killed you. Unless the authorities got to you first.
Recommendation: Recommended for anyone who likes the Expanse and I suggest reading the first book in The Expanse first.

There is so little to say about it. It’s really, really good. Amos is one of my favorite characters and a perfect intro/backstory to his character! As a stand-alone it’s sufficient, but it’s clearly meant as a companion to the main series. And that it does very well.

As for timing, you could probably read at any point in the main series. There wasn’t any spoilers that I could see. I would say you should read the first book first just so there is at least a bit of context for this story. It’s set before the main series, but most of these novellas are.

Like I said, it’s really good and anyone who likes The Expanse should read it.