END_OF_DOCUMENT_TOKEN_TO_BE_REPLACED

Since I finally read Words of Radiance I figured I needed to go and read this novella after skipping it in Arcanum Unbounded. I’m glad I did. 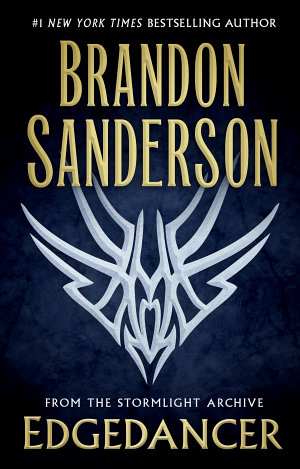 Title: Edgedancer
Series: The Stormlight Archive; Novella
Author: Brandon Sanderson
Genre: Fantasy
Audience:  Adult
ROTS Setting: Cosmere, Magic, Big Swords
Synopsis: Three years ago, Lift asked a goddess to stop her from growing older–a wish she believed was granted. Now, in Edgedancer, the barely teenage nascent Knight Radiant finds that time stands still for no one. Although the young Azish emperor granted her safe haven from an executioner she knows only as Darkness, court life is suffocating the free-spirited Lift, who can’t help heading to Yeddaw when she hears the relentless Darkness is there hunting people like her with budding powers. The downtrodden in Yeddaw have no champion, and Lift knows she must seize this awesome responsibility.
Recommendation: This book (& everything Sanderson) is highly recommended!

END_OF_DOCUMENT_TOKEN_TO_BE_REPLACED

Going to mix this one up a bit since it’s not the usual sort of thing we review. 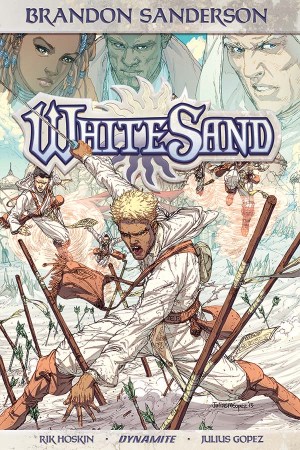 This has Sanderson’s fingerprints all over it, but it’s not quite enough for me. My biggest gripe with comics and graphic novels is the length. Sort of like with short stories but made more frustrating because often the story just stops so it can pick up in the next issue. Which you then have to wait months (or in this case a year and a half) between issues. It’s like taking a novel and then releasing a chapter at a time.

For what it is, I liked it. The art was amazing and the magic and world are classic Sanderson. The characters are ok, but for being the equivalent of only a chapter in, there’s not much to say.

Ya, satisfied my curiosity and I’m done. The only reason I even got this far was because this was in the Sanderson HumbleBundle. No regrets but there just isn’t enough here for me. I’ll probably come back to this once the series is finished or the world is tied into the Cosmere more. For now I’ll focus on his other work. 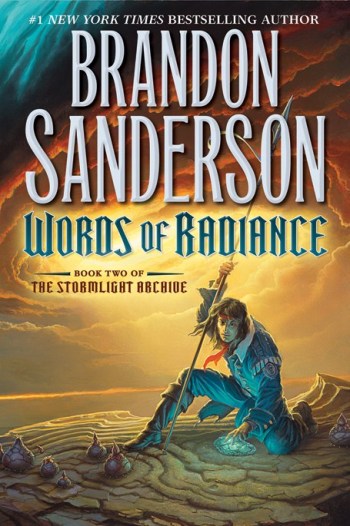 END_OF_DOCUMENT_TOKEN_TO_BE_REPLACED

The Stormlight Archive – Book 2: Words of Radiance – By Brandon Sanderson

END_OF_DOCUMENT_TOKEN_TO_BE_REPLACED 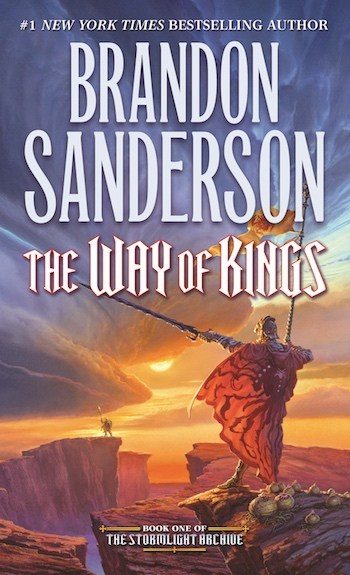 Title: The Way of Kings
Series: The Stormlight Archive; Book 1
Author: Brandon Sanderson
Genre: Fantasy
Audience:  Adult
ROTS Setting: Cosmere, Magic, Big Swords
Synopsis: Roshar is a world of stone swept by tempests that shape ecology and civilization. Animals and plants retract; cities are built in shelter. In centuries since ten orders of Knights fell, their Shardblade swords and Shardplate armor still transform men into near-invincible warriors. Wars are fought for them, and won by them.
Recommendation: This book (& everything Sanderson) is highly recommended!

END_OF_DOCUMENT_TOKEN_TO_BE_REPLACED

The Stormlight Archive – Book 1: The Way of Kings – By Brandon Sanderson

It’s been a while since I’ve done a proper Reply post. I suppose I’ll should get used to it especial when it comes to Sanderson. (I know you’ve been working on Way of Kings, the tome that it is.) 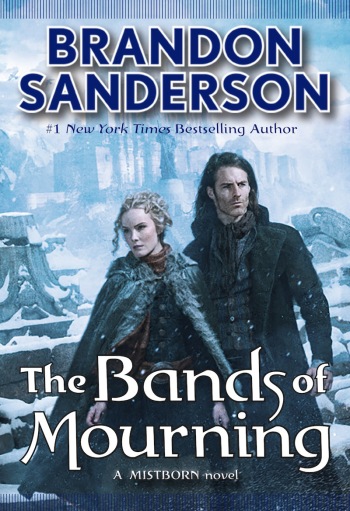 Title: The Bands of Mourning
Series: Wax and Wayne Series; Book 3
Author: Brandon Sanderson
Genre: Fantasy
Audience:  Adult
ROTS Setting: Cosmere, Magic, Industrial Tech
Synopsis: The Bands of Mourning are the mythical metal minds owned by the Lord Ruler, said to grant anyone who wears them the powers that the Lord Ruler had at his command. Hardly anyone thinks they really exist. A kandra researcher has returned to Elendel with images that seem to depict the Bands, as well as writings in a language that no one can read. Waxillium Ladrian is recruited to travel south to the city of New Seran to investigate. Along the way he discovers hints that point to the true goals of his uncle Edwarn and the shadowy organization known as The Set.
Recommendation: This book (& series) is highly recommended!

END_OF_DOCUMENT_TOKEN_TO_BE_REPLACED

Reply: Wax and Wayne Series – Book 3: The Bands of Mourning by Brandon Sanderson

Things have been crazy, and I’d taken a step back from reading these past couple of weeks assuming that I’d scheduled everything as I should and I discover now that I hadn’t. And we all know what happens when you assume.

END_OF_DOCUMENT_TOKEN_TO_BE_REPLACED

So I have read all the books prior to this in the series but I didn’t have the time to re-read all of them before this one called to me from the audiobook library and made me listen. 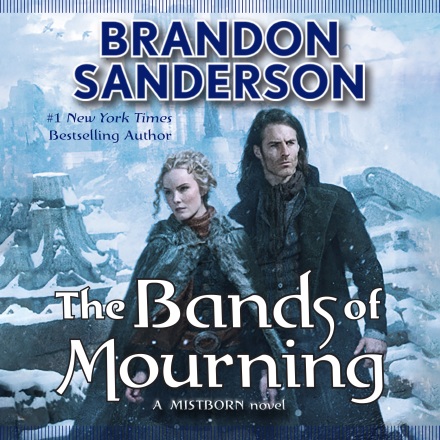 Series: Wax and Wayne Series; Book 3
Author: Brandon Sanderson
Genre: Fantasy
Audience:  Adult
ROTS Setting: Cosmere, Magic
Synopsis: It’s six months after the end of Shadows of Self and Wax is getting married.
Recommendation: Good book for adults or late teens. Not my favorite Mistborn novel but talked more about the Cosmere which is slowly fascinating me more and more while also driving me insane.

END_OF_DOCUMENT_TOKEN_TO_BE_REPLACED

Wax and Wayne Series – Book 3: The Bands of Mourning – By Brandon Sanderson
Reading Over The Shoulder
Blog at WordPress.com.
Loading Comments...