END_OF_DOCUMENT_TOKEN_TO_BE_REPLACED

Yes, that is three authors. It makes the title of this review really long but I didn’t want to diminish their work by leaving any off or just doing their last names. And yes, this is another book about kids with superhuman abilities or powers. I’m starting to get a little tired of the genre and almost didn’t finish this one. 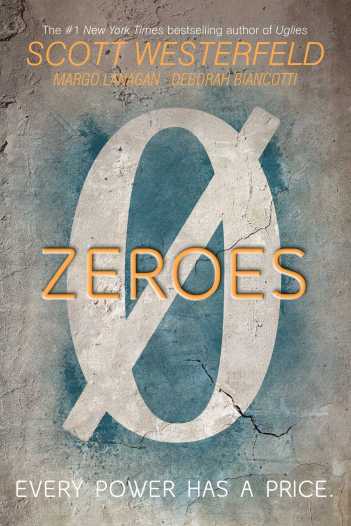 Title: Zeroes
Series: Zeroes Series; Book 1
Author(s): Scott Westerfeld, Margo Lanagan, Deborah Biancotti
Genre: Science Fiction
Audience: Teen/YA
ROTS Setting: AU, Superpowers
Synopsis: Six Californian teens have superpowers and for a time they were friends. But when personalities collide they went their separate ways until the actions of one threatens to reveal them and their powers to the world. Can they unite in time to keep their secrets hidden while avoiding police and drug lords alike?
Recommendation: Not a terribly original take on superpowered teens, but it was still worth reading.