I stopped after 3 chapters (75 pages). The MC/POV character, Ingray, was far too YA for me and the two other characters completely lacked a personality. The premise couldn’t hold my attention and the world-building had interesting elements but it lacked cohesiveness. We’re treated to at least 4 info-dumps in those first 3 chapters but not one to tell us how and why a new set of pronouns are to be used. Ms. Leckie once again springs abnormal pronoun usage on the reader but fails to explain or integrate it so the learning curve is near vertical.

Basically there isn’t any reason to keep reading but it’s often burdensome to do so. There isn’t anything I want to know more about, including what happens to the characters. So I’m cutting loose quick and moving on.

END_OF_DOCUMENT_TOKEN_TO_BE_REPLACED

This was on my list of series to finish. Sadly, it looks like there will be another series set in the same universe set to start this Fall. Oh well, I’ll just have to read and finish that one too.

Title: Ancillary Mercy
Series: Imperial Radch Trilogy; Book 3
Author: Ann Leckie
Genre: Science Fiction, Space Opera
Audience: Adult
ROTS Setting: CU, Distant Future, AI, FTL
Synopsis: For a moment, things seemed to be under control for Breq, the soldier who used to be a warship. Then a search of Athoek Station’s slums turns up someone who shouldn’t exist, and a messenger from the mysterious Presger empire arrives, as does Breq’s enemy, the divided and quite possibly insane Anaander Mianaai – ruler of an empire at war with itself. Breq refuses to flee with her ship and crew, because that would leave the people of Athoek in terrible danger. The odds aren’t good, but that’s never stopped her before.
Recommendation: This could have been in the YA section. The style may not be for everyone, it’s basically a gender-less society so a persons sex or sexual preference/orientation are completely ignored.

END_OF_DOCUMENT_TOKEN_TO_BE_REPLACED

I’m chipping away at my giant reading list. Mostly focusing on series I’ve only partially read so I don’t forget too much and then move on. This being one such book.

I have to say I love the cover art on this series. The abstract/painted look combined with the very Sci-fi theme just speaks to me on a visceral level.

Title: Ancillary Sword
Series: Imperial Radch Trilogy; Book 2
Author: Ann Leckie
Genre: Science Fiction
Audience: Adult
ROTS Setting: CU, Distant Future, AI, FTL
Synopsis: Breq is a soldier who used to be a warship. Once a weapon of conquest controlling thousands of minds, now she has only a single body and serves the emperor. With a new ship and a troublesome crew, Breq is ordered to go to the only place in the galaxy she would agree to go: to Athoek Station to protect the family of a lieutenant she once knew – a lieutenant she murdered in cold blood.
Recommendation: Still could have been in the YA section. The style may not be for everyone, it’s basically a gender-less society so a persons sex or sexual preference/orientation are completely ignored. This came across more strongly than the previous book but it didn’t feel like one of the main themes so I still enjoyed it.

END_OF_DOCUMENT_TOKEN_TO_BE_REPLACED

I didn’t know if I’d finish this in time, but I made it. I might have had to give up playing Black Desert Online. MMO’s come and go but books are forever……That could make a good hashtag…..If I used hashtags. #ButBooksAreForever 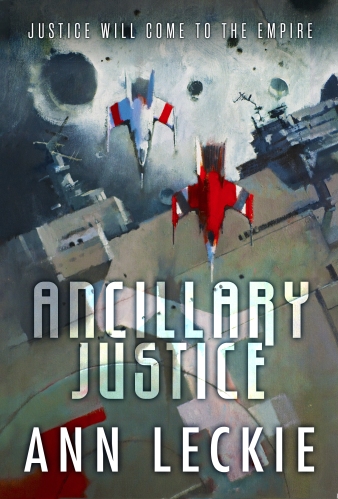 Title: Ancillary Justice
Series: Imperial Radch Trilogy; Book 1
Author: Ann Leckie
Genre: Science Fiction
Audience: Adult
ROTS Setting: CU, Distant Future, AI, FTL
Synopsis: Breq isn’t human. Breq is an ancillary, a biological appendage of a ship AI. When her ship and other-selves are lost in an act of treachery and supreme betrayal she sets out to avenge her loss. Along the way she blurs the lines of what it means to be human as she navigates a distant future with strange cultures and traditions.
Recommendation: Could have been in the YA section. Unusual concepts of “self” and gender pronoun usage. This style might be too much for some people, but I quite enjoyed it.