I really enjoyed the Lost Fleet series as well but never managed to finish the last couple of the Beyond the Frontier since they hadn’t come out then and I just forgot to check back. 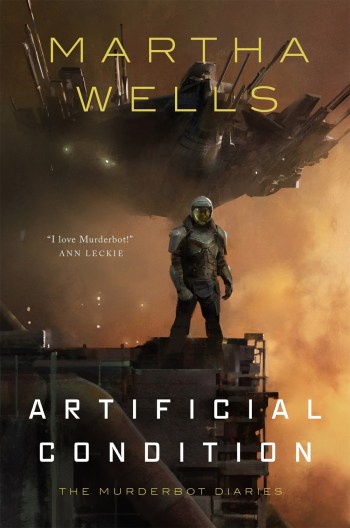 Title: Artificial Condition
Series: The Murderbot Diaries; Book 2
Author: Martha Wells
Genre: Science Fiction
Audience: Adult
ROTS Setting: CU, Distant-Future, FTL (Wormholes), AI
Synopsis: It has a dark past – one in which a number of humans were killed. A past that caused it to christen itself “Murderbot”. But it has only vague memories of the massacre that spawned that title, and it wants to know more. Teaming up with a Research Transport vessel named ART (you don’t want to know what the “A” stands for), Murderbot heads to the mining facility where it went rogue. What it discovers will forever change the way it thinks…
Recommendation: I recommend this book. Teens or older. (But the series isn’t what I liked about the first book.)

END_OF_DOCUMENT_TOKEN_TO_BE_REPLACED

Ok. Getting back into things has been harder than I remember. I always struggle after Lisa has been home (no school or work) for a few days and this has been two weeks. But no excuses! I will prevail. 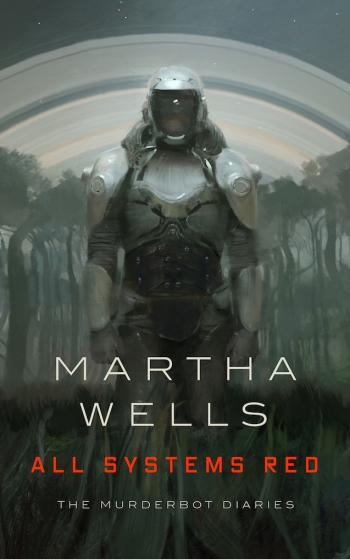 Title: All Systems Red
Series: The Murderbot Diaries; Book 1
Author: Martha Wells
Genre: Science Fiction
Audience: Adult
ROTS Setting: CU, Distant-Future, FTL (Wormholes?), AI
Synopsis: In a corporate-dominated spacefaring future, planetary missions must be approved and supplied by the Company. Exploratory teams are accompanied by Company-supplied security androids, for their own safety. But in a society where contracts are awarded to the lowest bidder, safety isn’t a primary concern. On a distant planet, a team of scientists are conducting surface tests, shadowed by their Company-supplied ‘droid — a self-aware SecUnit that has hacked its own governor module, and refers to itself (though never out loud) as “Murderbot.” Scornful of humans, all it really wants is to be left alone long enough to figure out who it is. But when a neighboring mission goes dark, it’s up to the scientists and their Murderbot to get to the truth.
Recommendation: I recommend this book. Teens or older.

END_OF_DOCUMENT_TOKEN_TO_BE_REPLACED

The Murderbot Diaries – Book 1: All Systems Red by Martha Wells