The Bookshelf Blitz has been going pretty well. I’m starting to see how the month is going to shape up. The big thing is staying focused.

Title: The Message
Series: Animorphs; Book 4
Author: K. A. Applegate
Genre: Science Fiction
Audience: Youth
ROTS Setting: CU, Modern, Aliens
Synopsis: It all started with the dreams. But Cassie didn’t pay much attention to them. She and her friends had all been having weird dreams since they’d first learned to morph. Maybe it was just some crazy side effect.
Recommendation: Highly recommend this series.

END_OF_DOCUMENT_TOKEN_TO_BE_REPLACED

Title: The Encounter
Series: Animorphs; Book 3
Author: K. A. Applegate
Genre: Science Fiction
Audience: Youth
ROTS Setting: CU, Modern, Aliens
Synopsis: When Tobias, Jake, Rachel, Marco, and Cassie were given the ability to morph, they were also given one very important warning: Never stay in a morph for more than two hours. It seemed a small price to pay, since the kids know that humans everywhere are being forced to let slimy, spineless creatures creep into their brains. And the only way the kids can fight back is not to be human. But Tobias stayed in his morph too long. And now he’s a hawk — with a boy’s mind — forever. Tobias knows they can’t give up. That they all made a promise. So now it’s four kids and a hawk against a force that’s determined to destroy them. Or die trying…
Recommendation: Highly recommend this series.

END_OF_DOCUMENT_TOKEN_TO_BE_REPLACED

Animorphs – Book 3: The Encounter – By K. A. Applegate

There is some deep nostalgia reading this series. 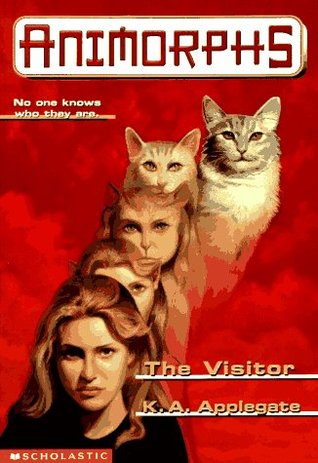 Title: The Visitor
Series: Animorphs; Book 2
Author: K. A. Applegate
Genre: Science Fiction
Audience: Youth
ROTS Setting: CU, Modern, Aliens
Synopsis: Morphing is certainly more fun than Sega — you can soar as an eagle and walk as a cat. But being an ANIMORPH is by no means just fun and games. Rachel knew better than anyone. One of her best friends, Melissa, is acting very strange. And it looks like Melissa’s dad, who is also the school’s Assistant Principal, may be connected to evil aliens. Rachel can’t tell Melissa what the ANIMORPHS have learned, but Melissa doesn’t seem interested in talking to Rachel these days anyway. Could Melissa be one of “them?”
Recommendation: Highly recommend this series.

END_OF_DOCUMENT_TOKEN_TO_BE_REPLACED

I’ve decided I need to get started on this series sooner rather than later. My plan is to read at least one a month, but with 52 books plus extras I don’t really want to still be reading this series 4 years from now.

Title: The Invasion
Series: Animorphs; Book 1
Author: K. A. Applegate
Genre: Science Fiction
Audience: Youth
ROTS Setting: CU, Modern, Aliens
Synopsis: Sometimes weird things happen to people. Ask Jake. He may tell you about the night he and his friends saw the strange light in the sky. He may even tell you about what happened when they realized the “light” was only a plane — from another planet. Here’s where Jake’s story gets a little weird. It’s where they’re told that the human race is under attack — and given the chance to fight back.

Now Jake, Rachel, Cassie, Tobias, and Marco have the power to morph into any animal they choose. And they must use that power to outsmart an evil that is greater than anything the world has ever seen…
Recommendation: Highly recommend this series.